Siena is one of the most famous cities in Tuscany, and one of the loveliest cities I have been to, so far. It suddenly became one of my favorite places in Italy because it’s less crowded and very romantic, plus I love its medieval cityscape and its magnificent church. It’s like a medieval paradise, just look around and you will discover some of the many brilliant details of the city.

This year, we are trying to visit as many cities as we can, including small cities nearby, and the first on our list was Siena. 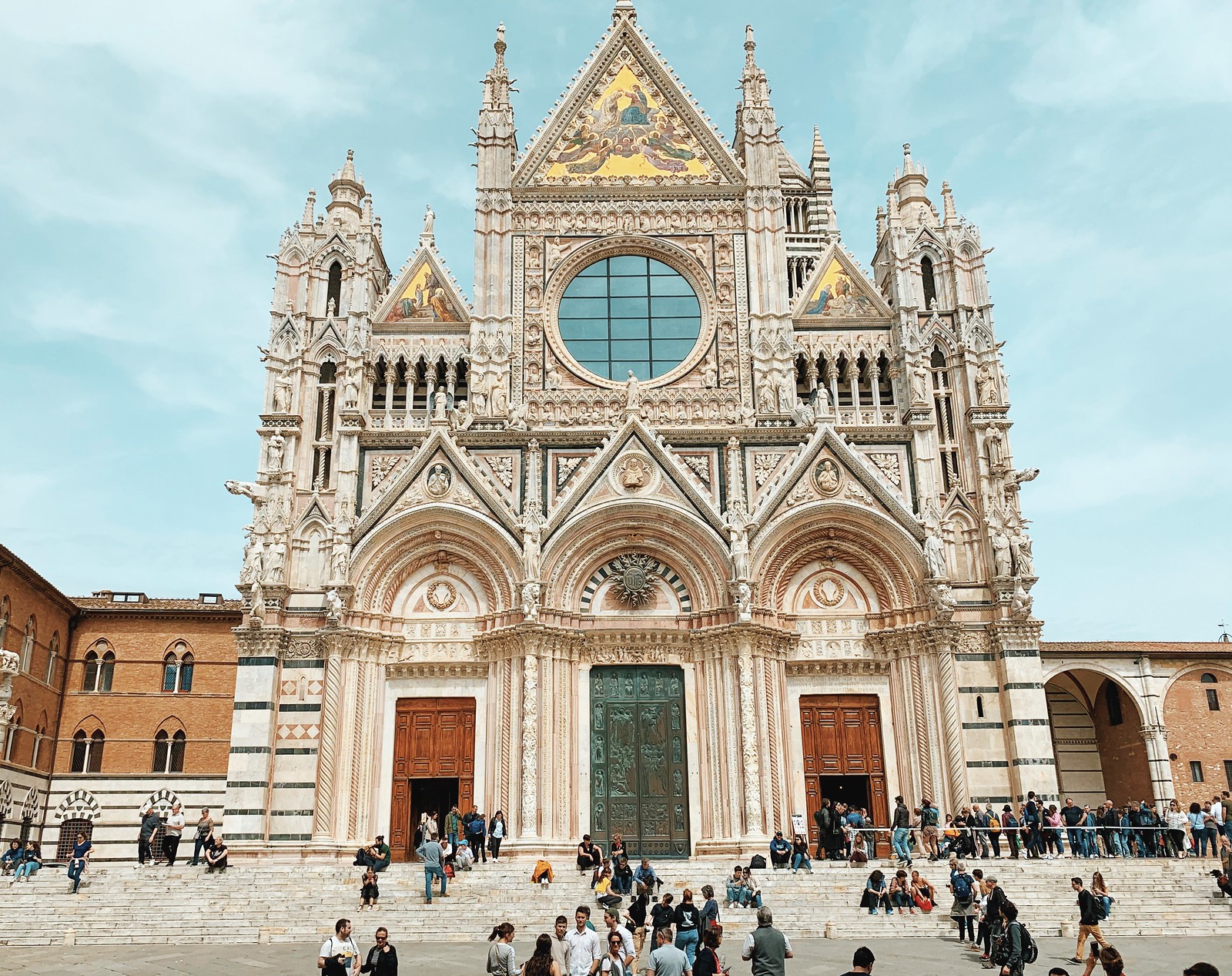 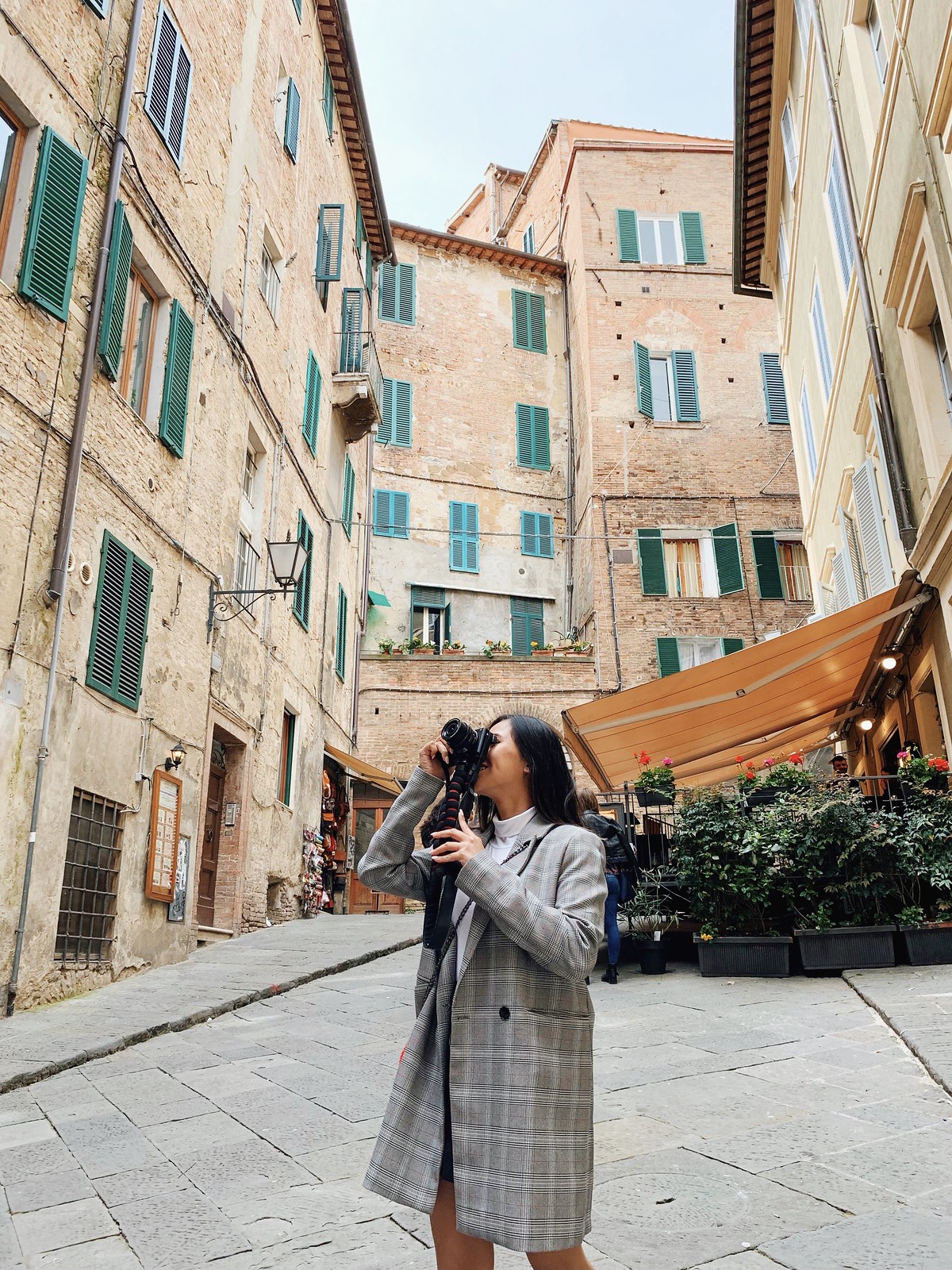 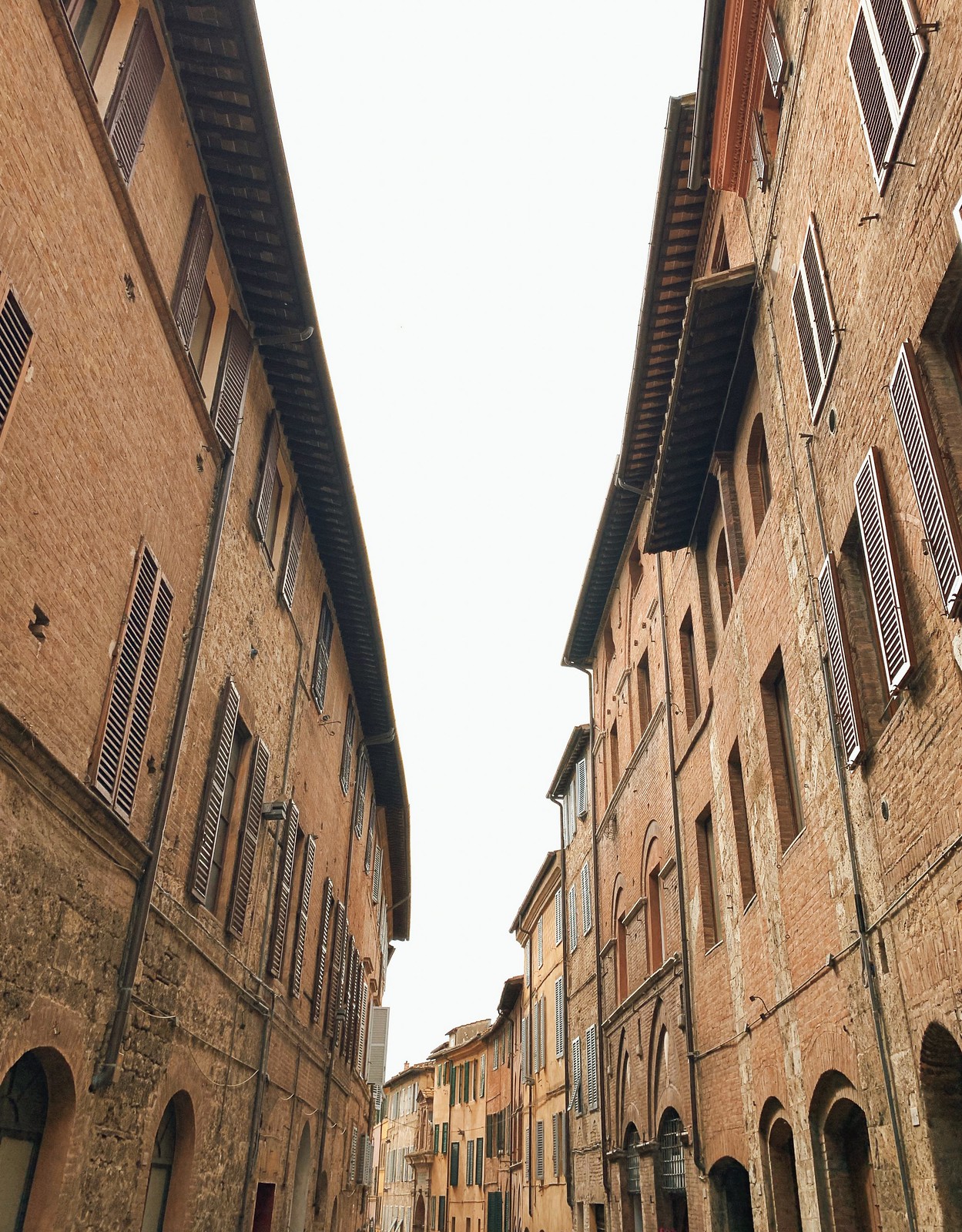 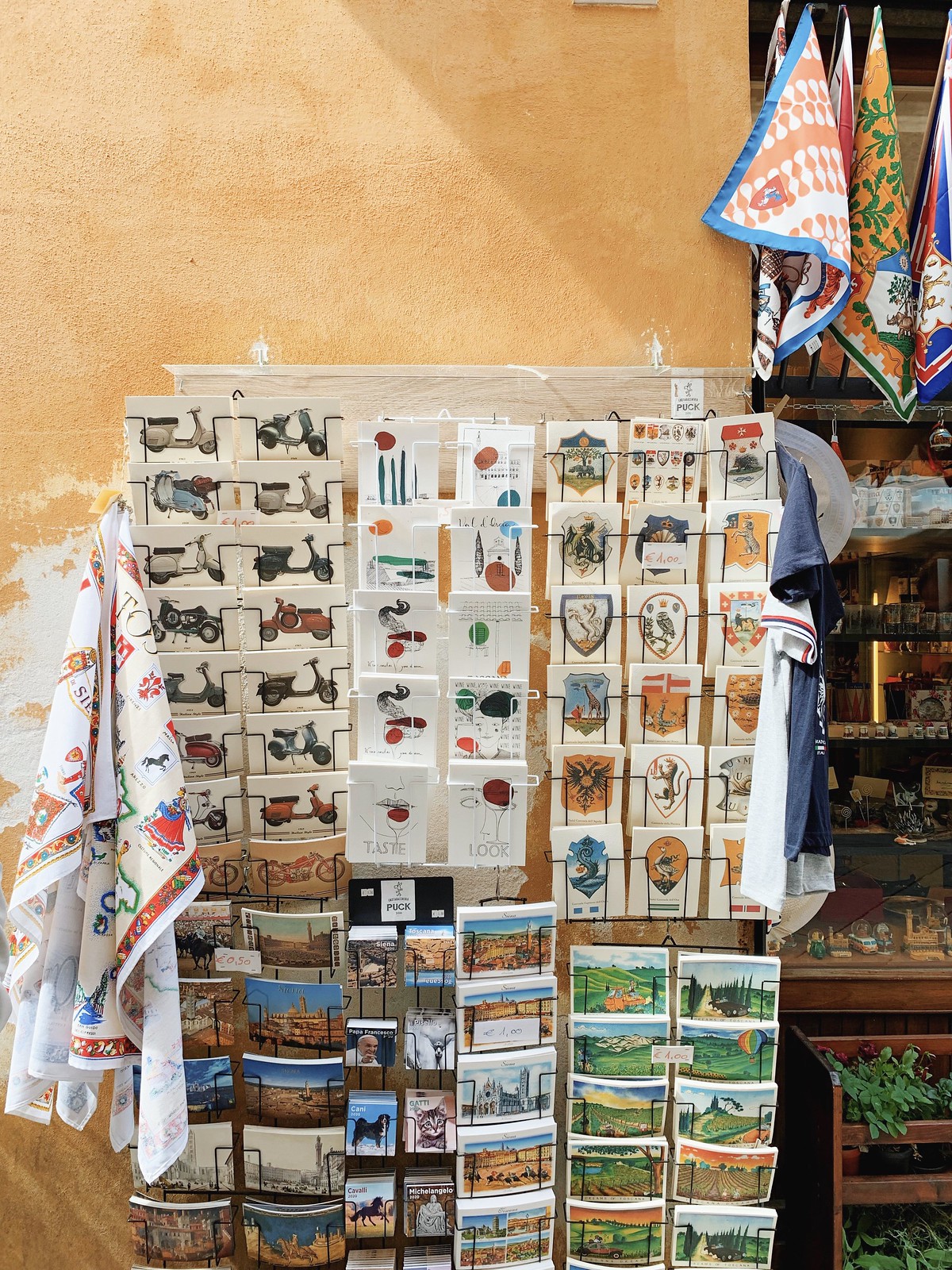 Best time to visit Siena: I think the best time to visit Siena is during the Spring season (April – May) or Autumn (mid-September – October), when it’s not too cold nor hot. You could just wear some comfortable pieces, soft layer and enjoy the city. We visited in Siena on the last week of April, and the weather was very nice.

How to get there: You can get to Siena by car, by train or by bus. In our case, we got there from our city, Bologna, by train (Trenitalia). The price depends on what train will you be getting – regional train or fast train.

Best way to get around Siena: A place is always best experienced on foot because you can find hidden gems along your way. Before, we often explore a place by taking their local transportation, but lately we realized that we want to discover more and experience every single place we go through by just walking around. It’s more tiring for sure, but it’s worth it. 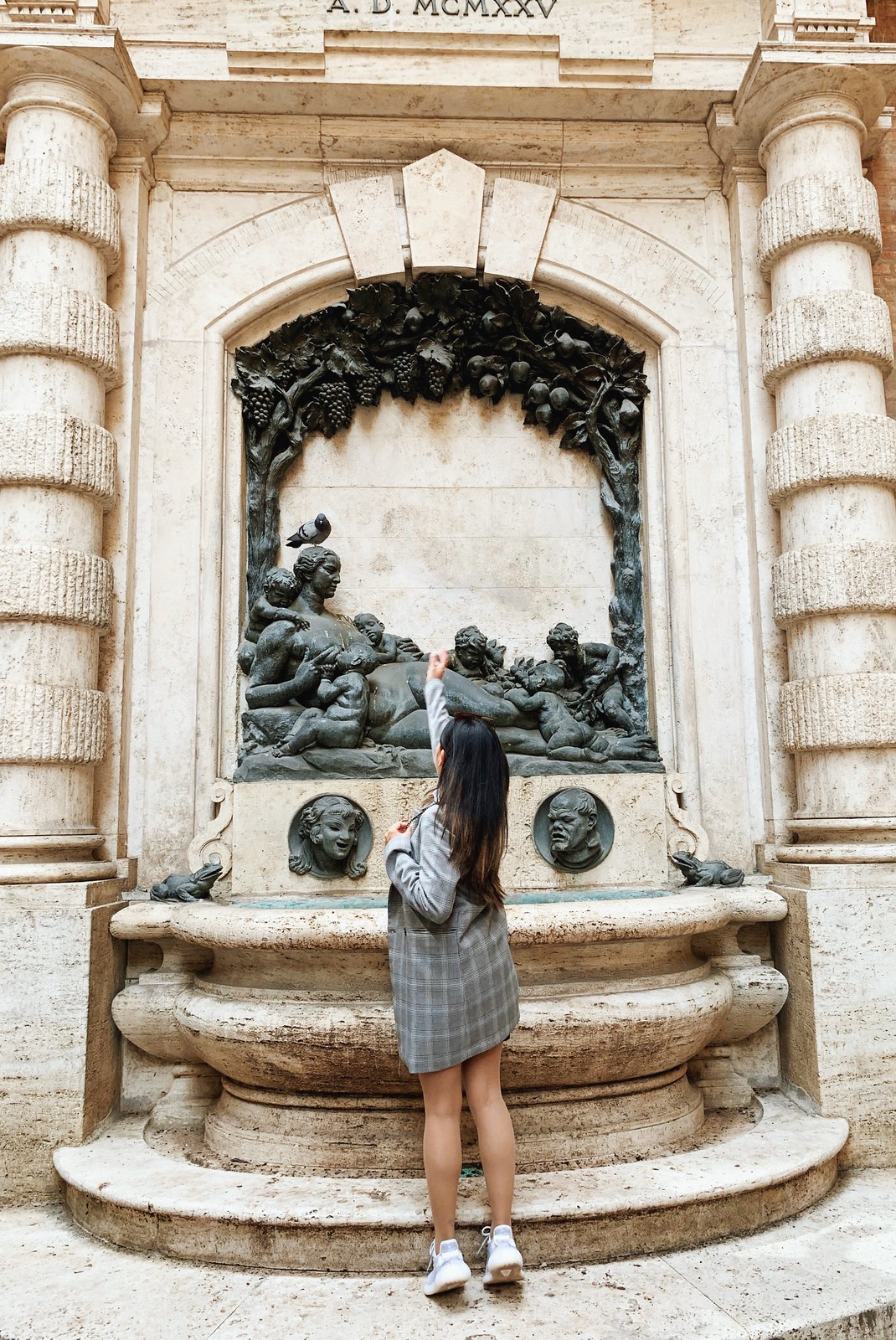 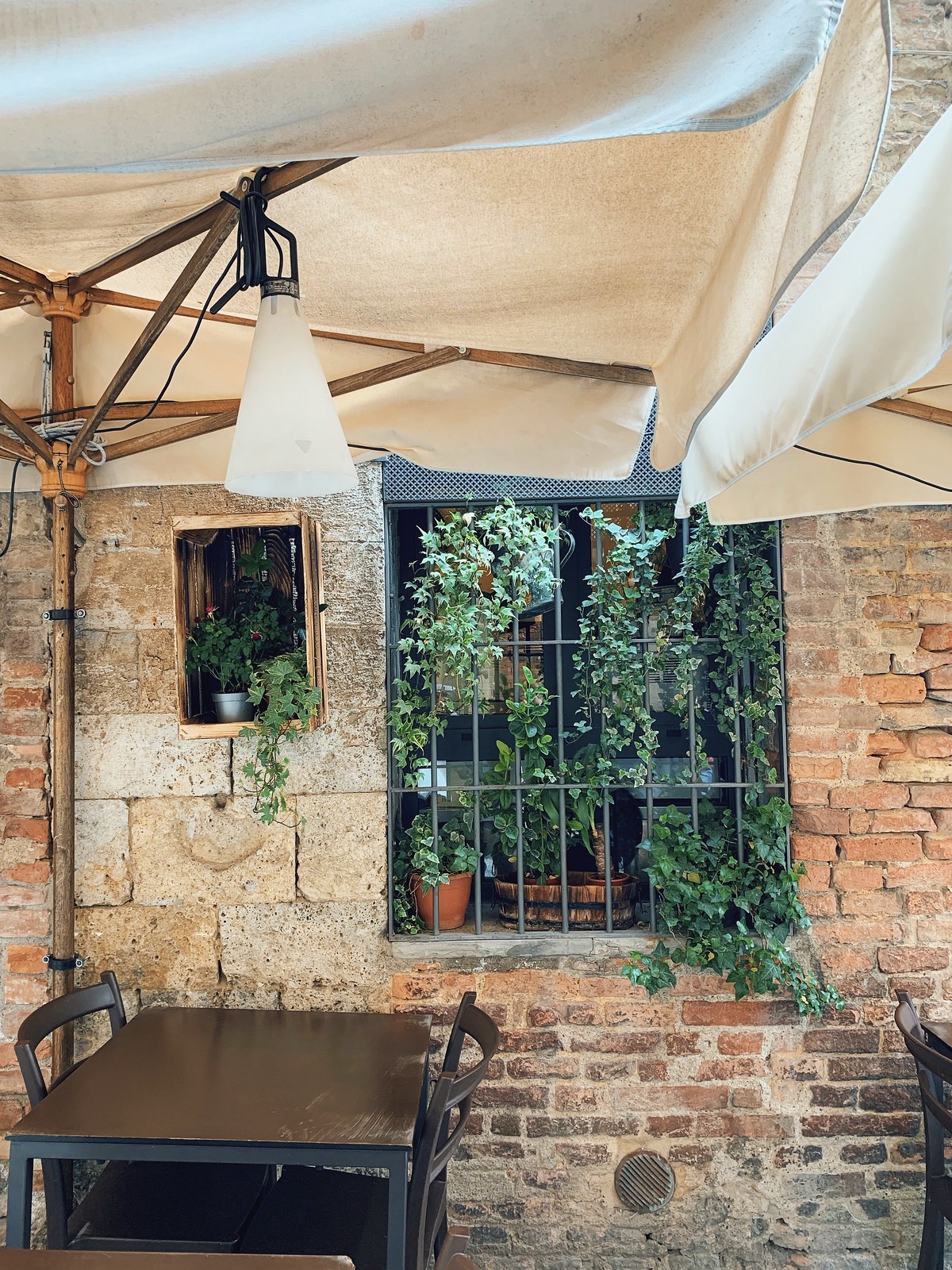 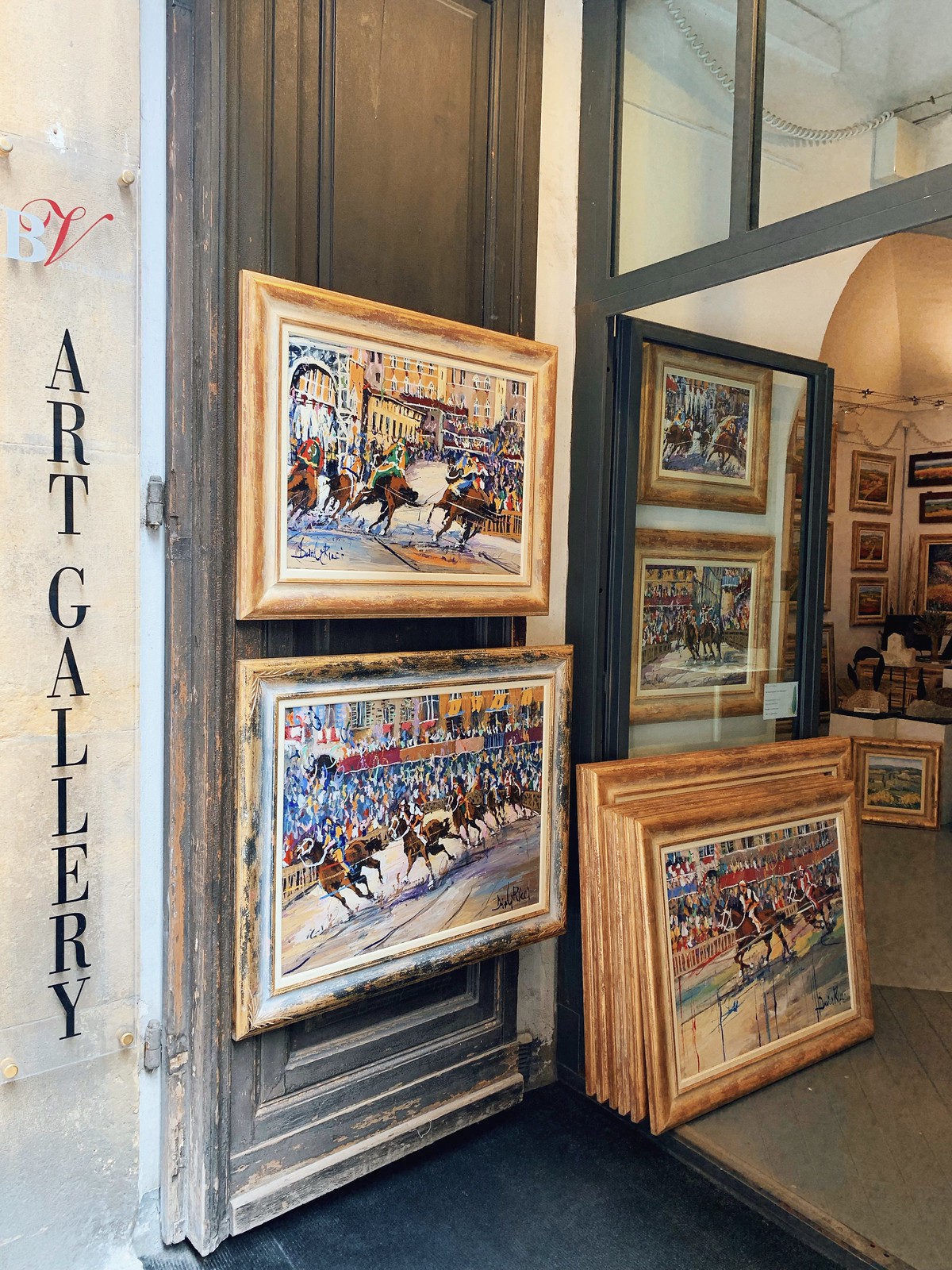 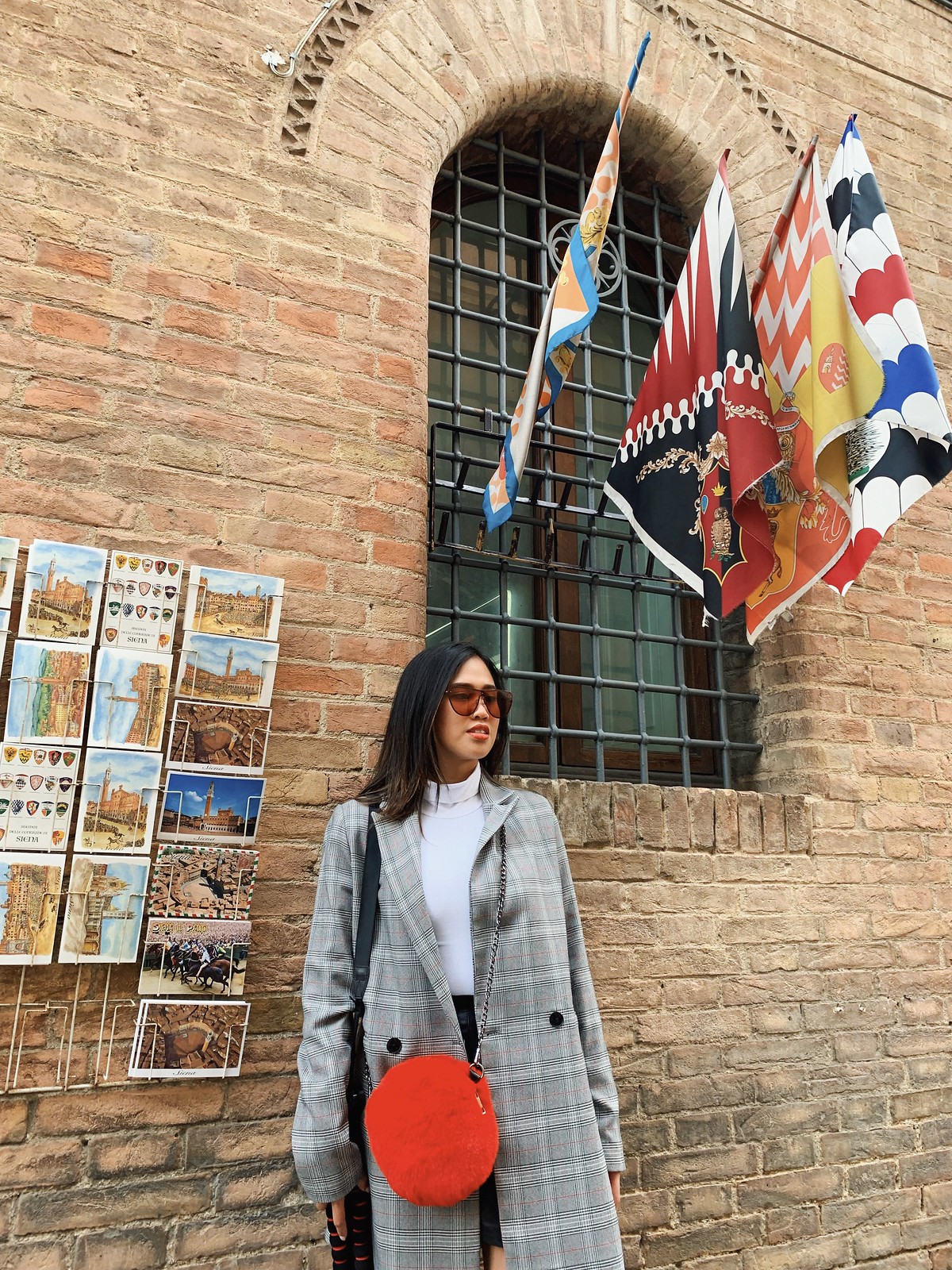 The Baptistery of St. John is located in the square with the same name, and was built near the Cathedral. It is connected by the majestic stairs which lead to the Duomo of Siena. 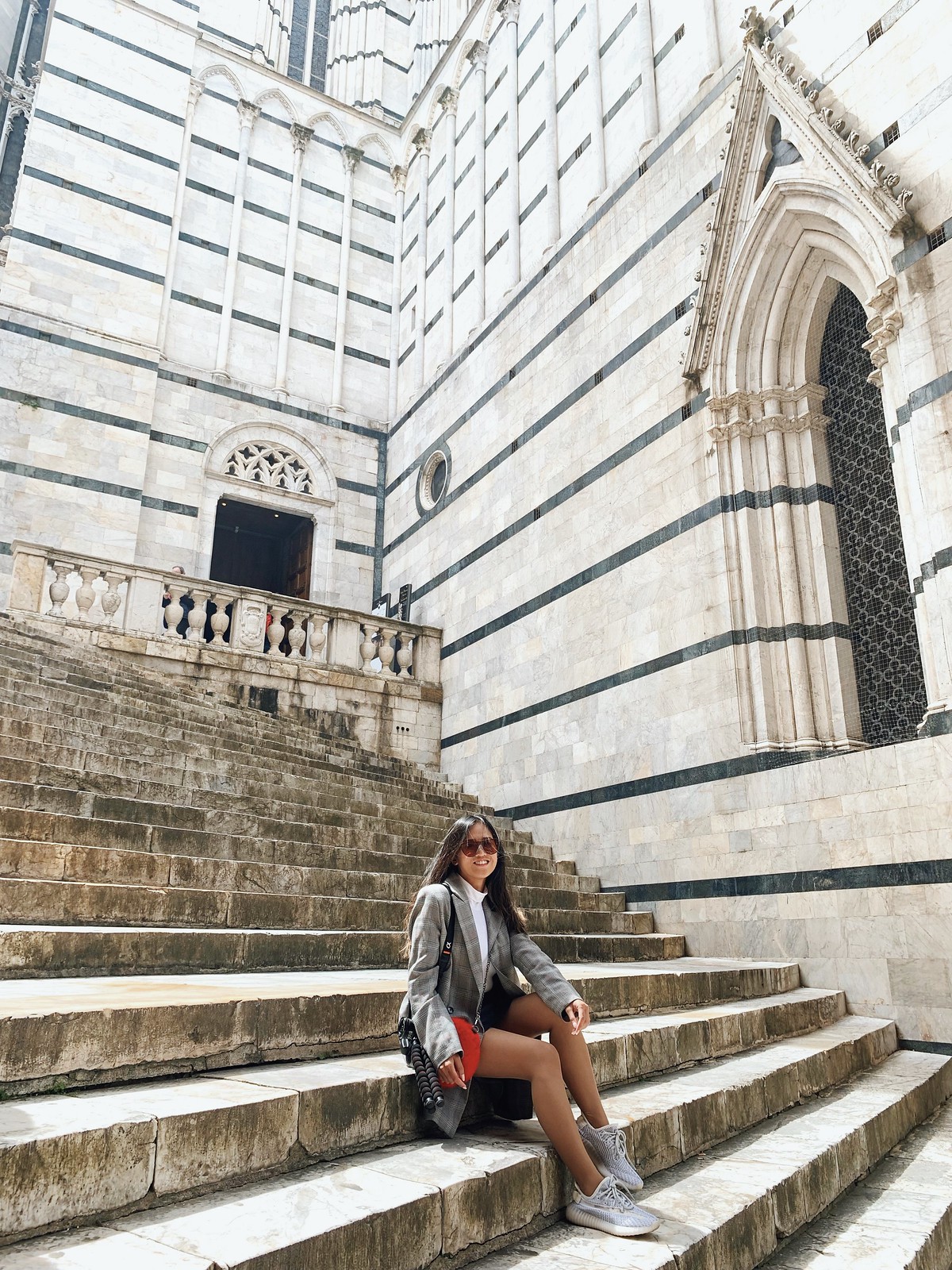 I was amazed by the magnificent Cathedral of Siena, with its Gothic architecture – white and black marble façade. I love visiting churches so I fell in love with it when I first saw it. Wow! I mean, look at the details. My only regret was we didn’t have a chance to visit inside because the line was too long. 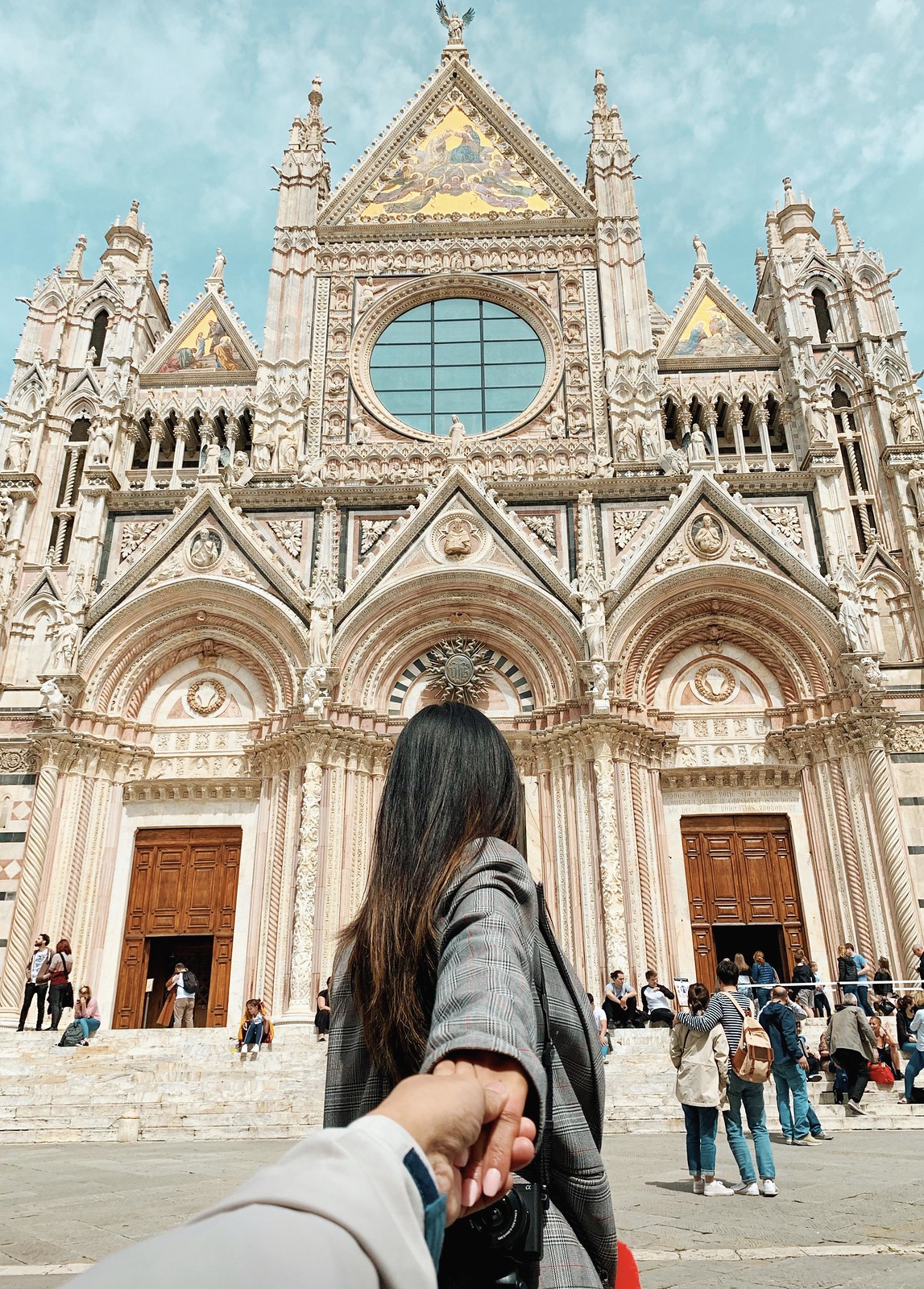 Piazza del Campo is the heart of Siena, and it is one of the biggest medieval squares in the world where Palio Horse race takes place twice every year. The square is surrounded by Medieval brick buildings like Palazzo Pubblico (Public Palace) – where all the rulers of Siena have lived; and Torre del Mangia – you could actually climb at the top of the tower to see the panoramic view of Siena. Inside the Palazzo Pubblico, you could also find the Museo Civico. We didn’t get inside, so I really have no idea of what’s inside. We just chill at Piazza del Campo and ate some gelato. 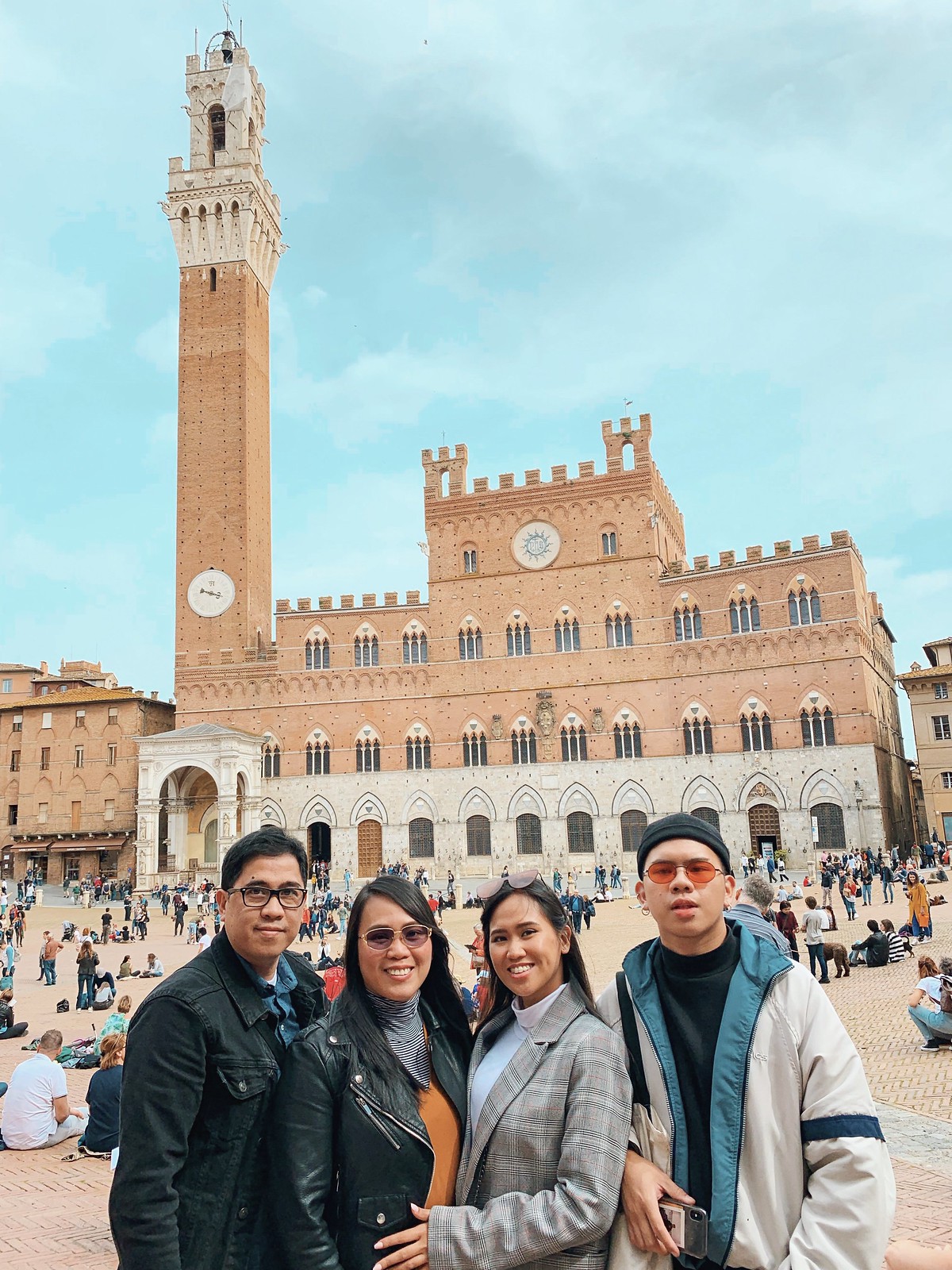 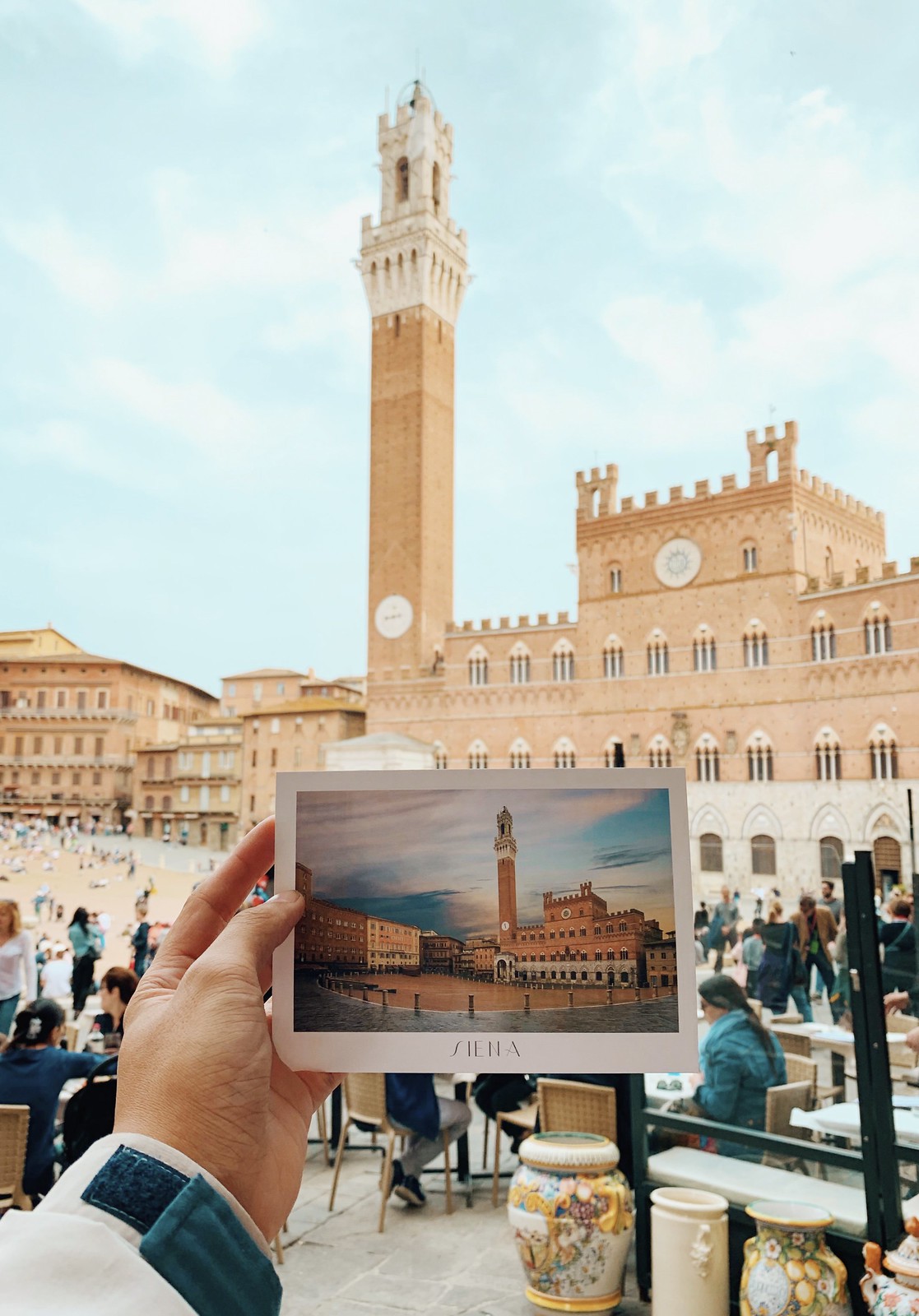 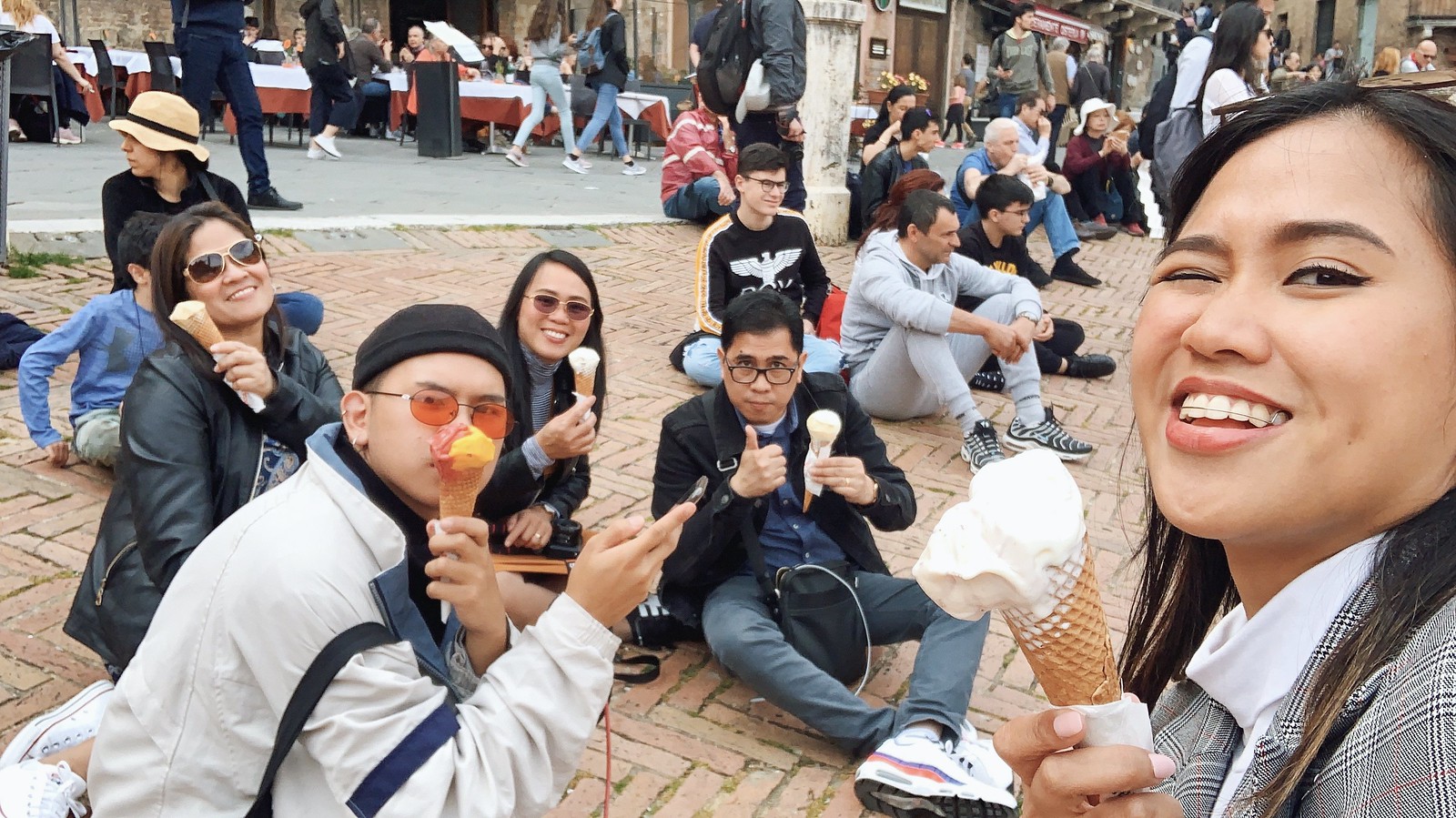 Basilica of San Domenico rises above the Valley of Fontebranda, and to get there, you will pass by the beautiful panoramic view of Siena. It’s like I was looking at a huge painting. What a breathtaking view. 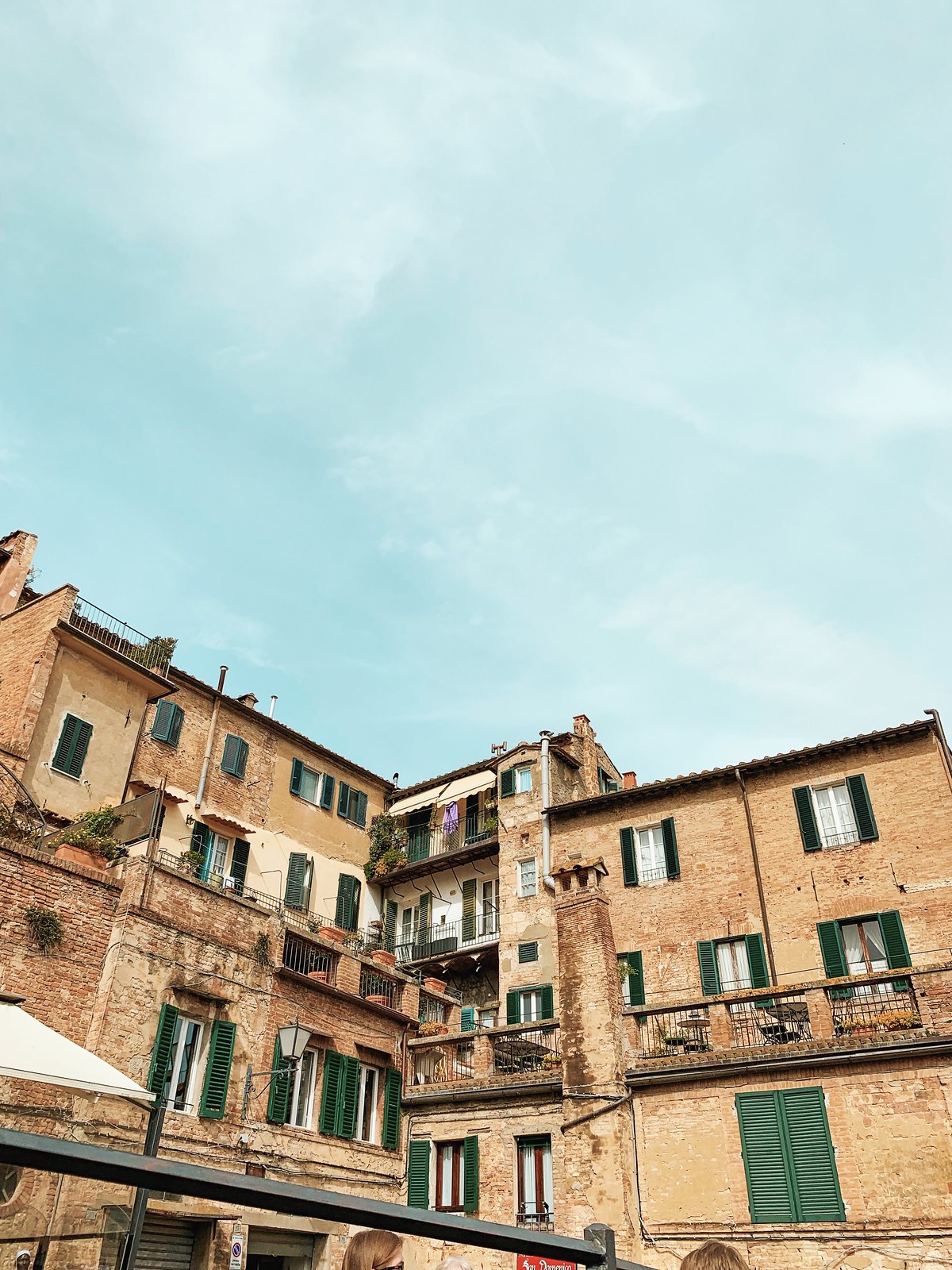 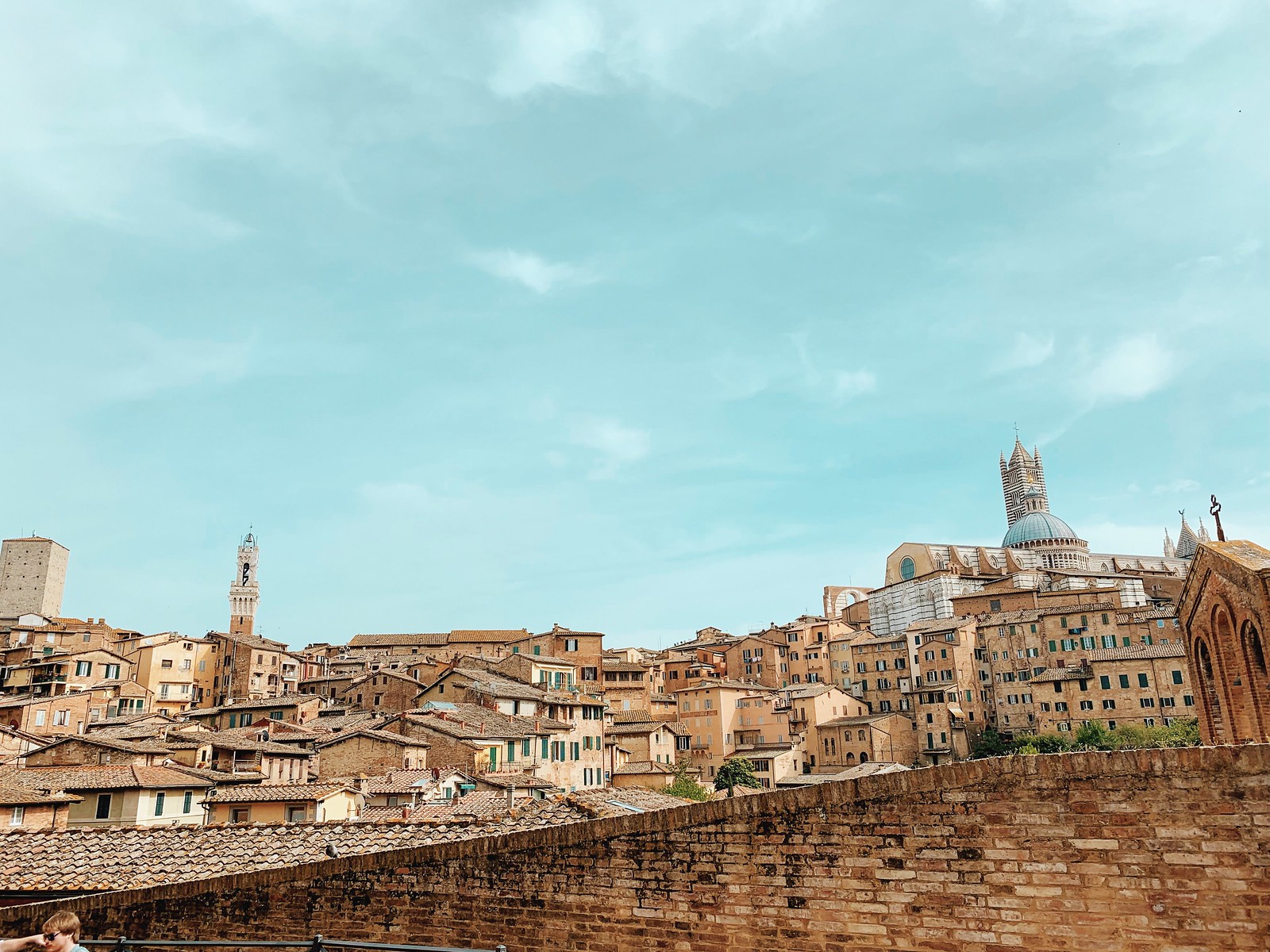 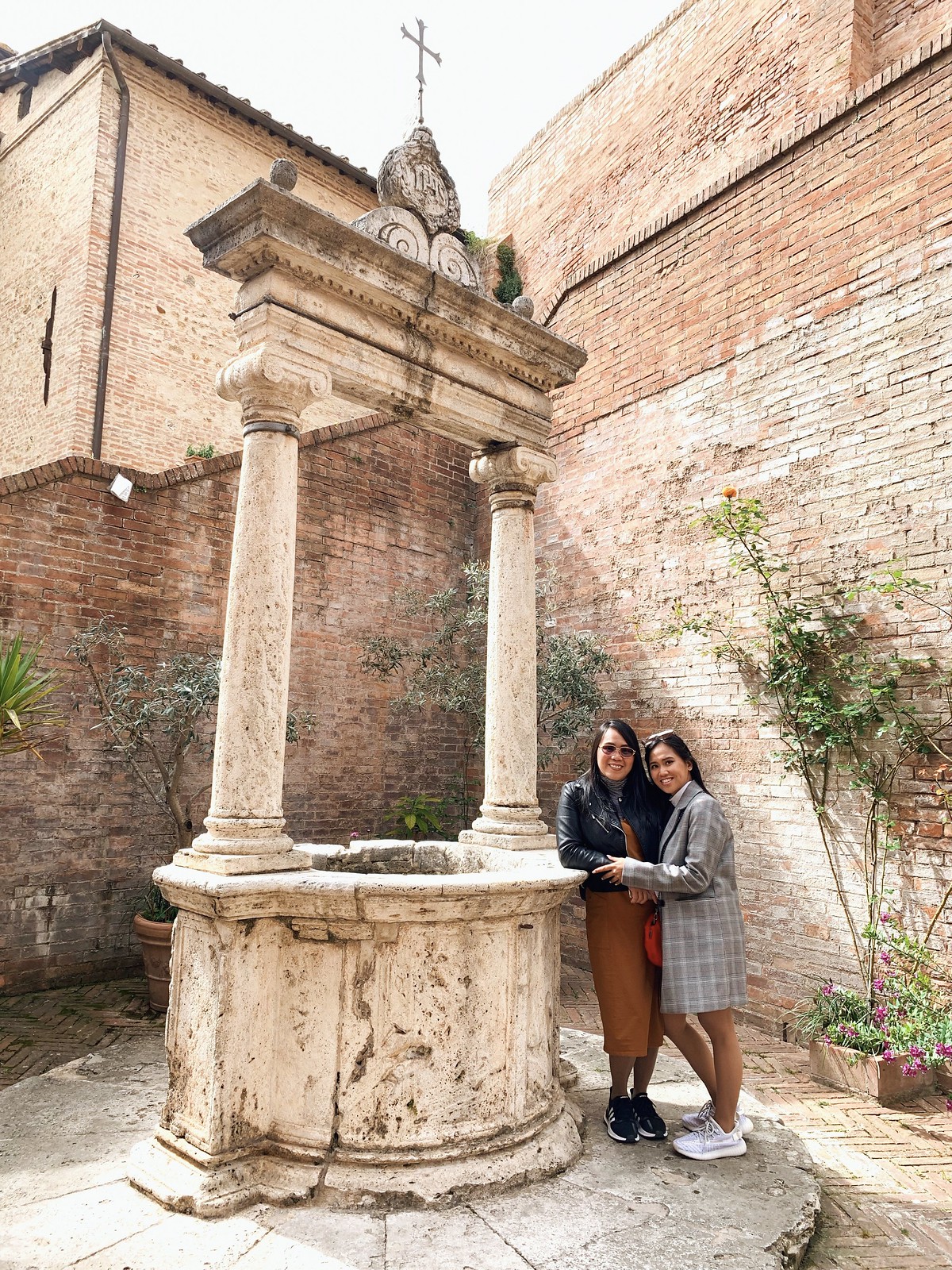 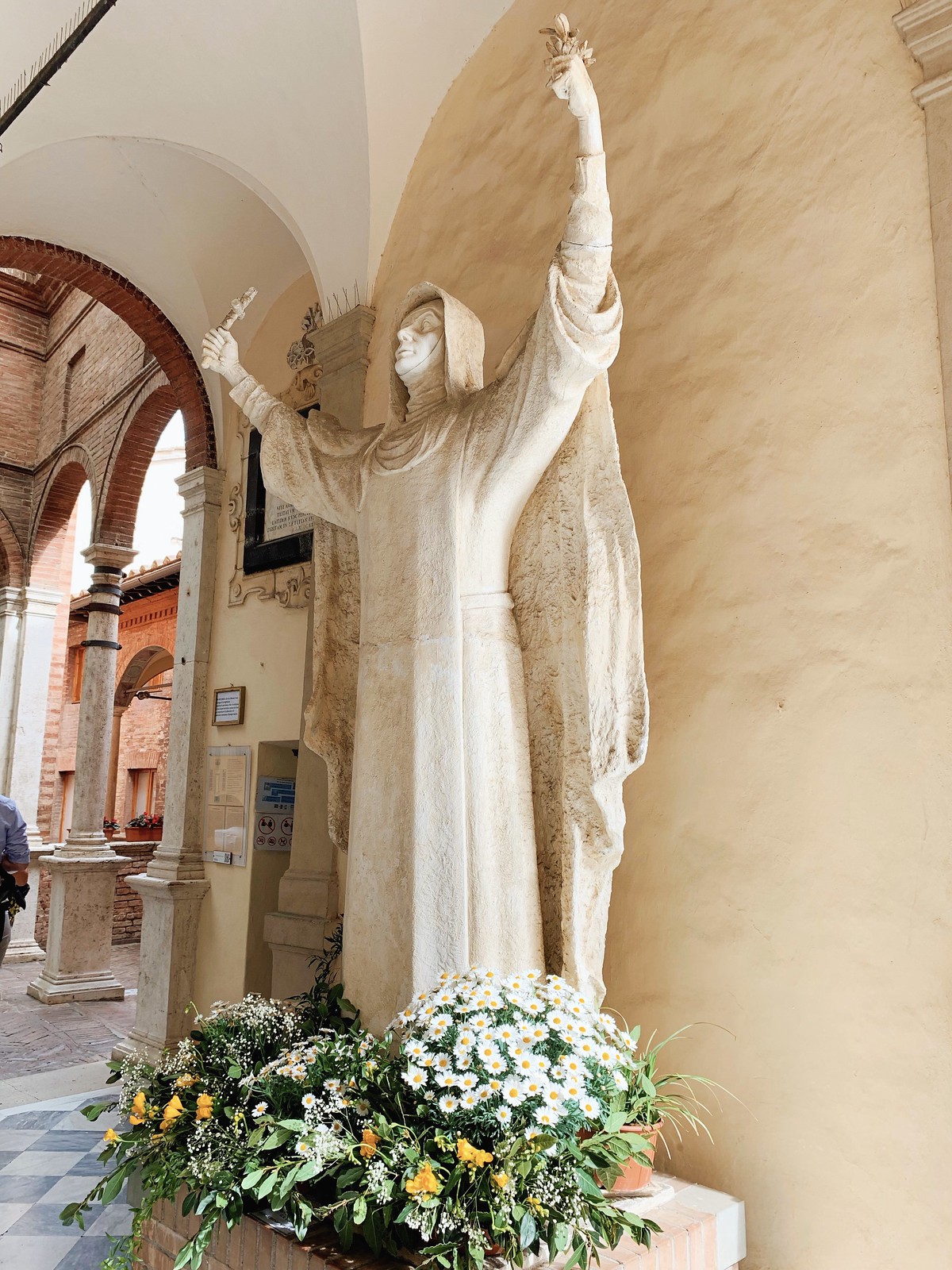 One of the most beautiful gates and one of the northern portals in the medieval walls of Siena. 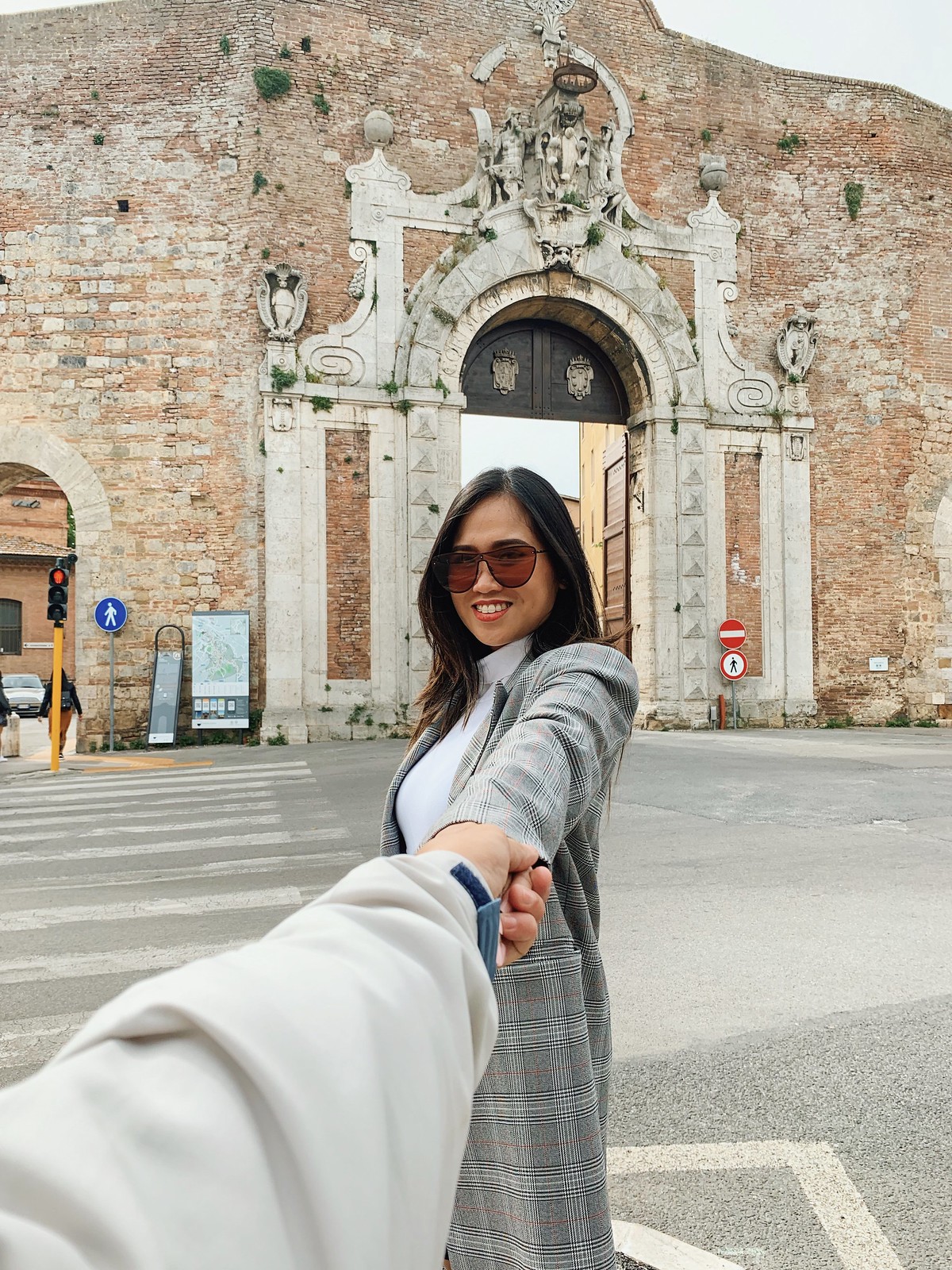 – SANTA MARIA IN PORTICO A FONTEGIUSTA-

We discovered this church while we’re roaming around Siena. This is why it’s always best to explore a city on foot, so you could discover more of the city’s treasures. 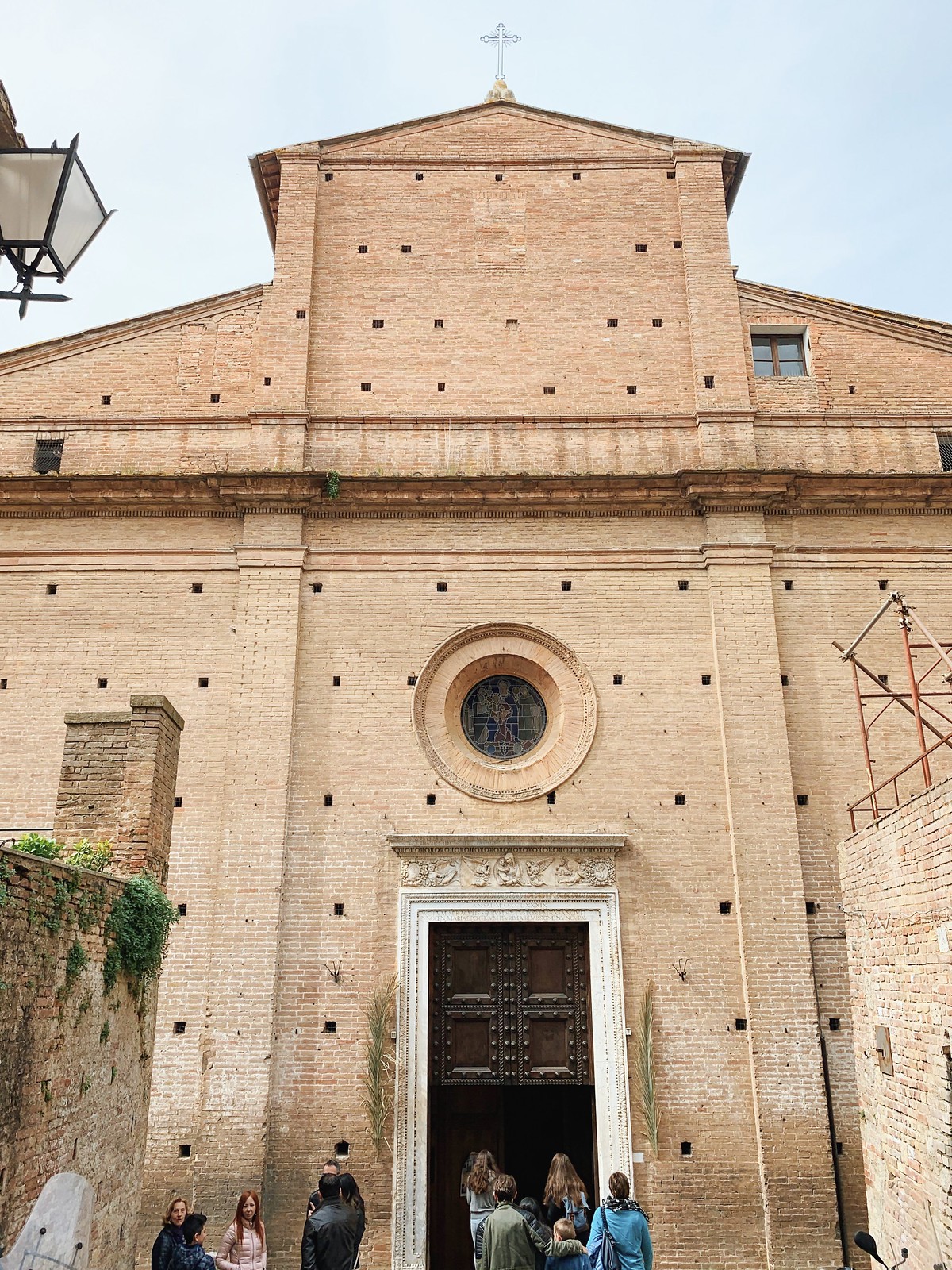 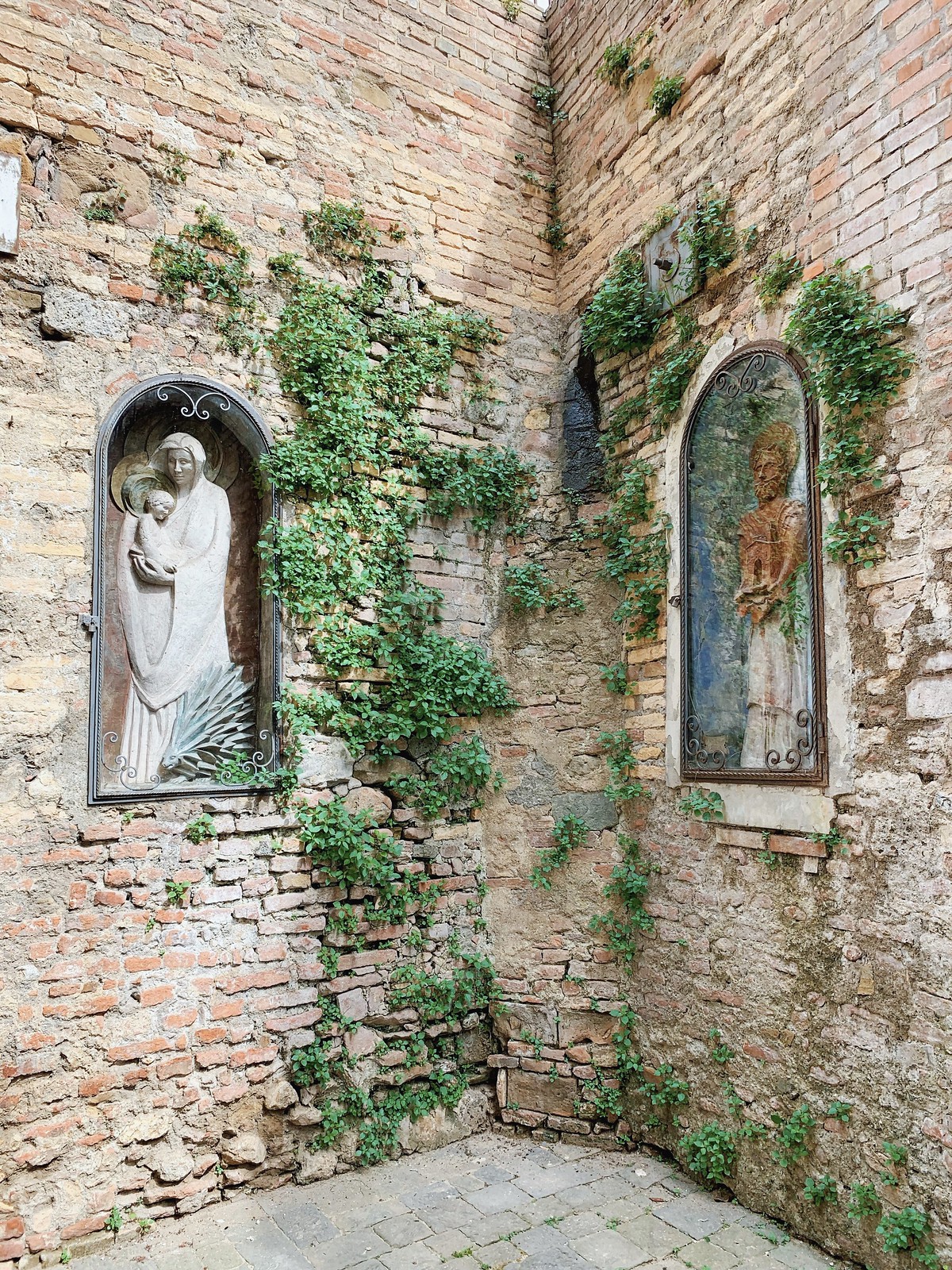 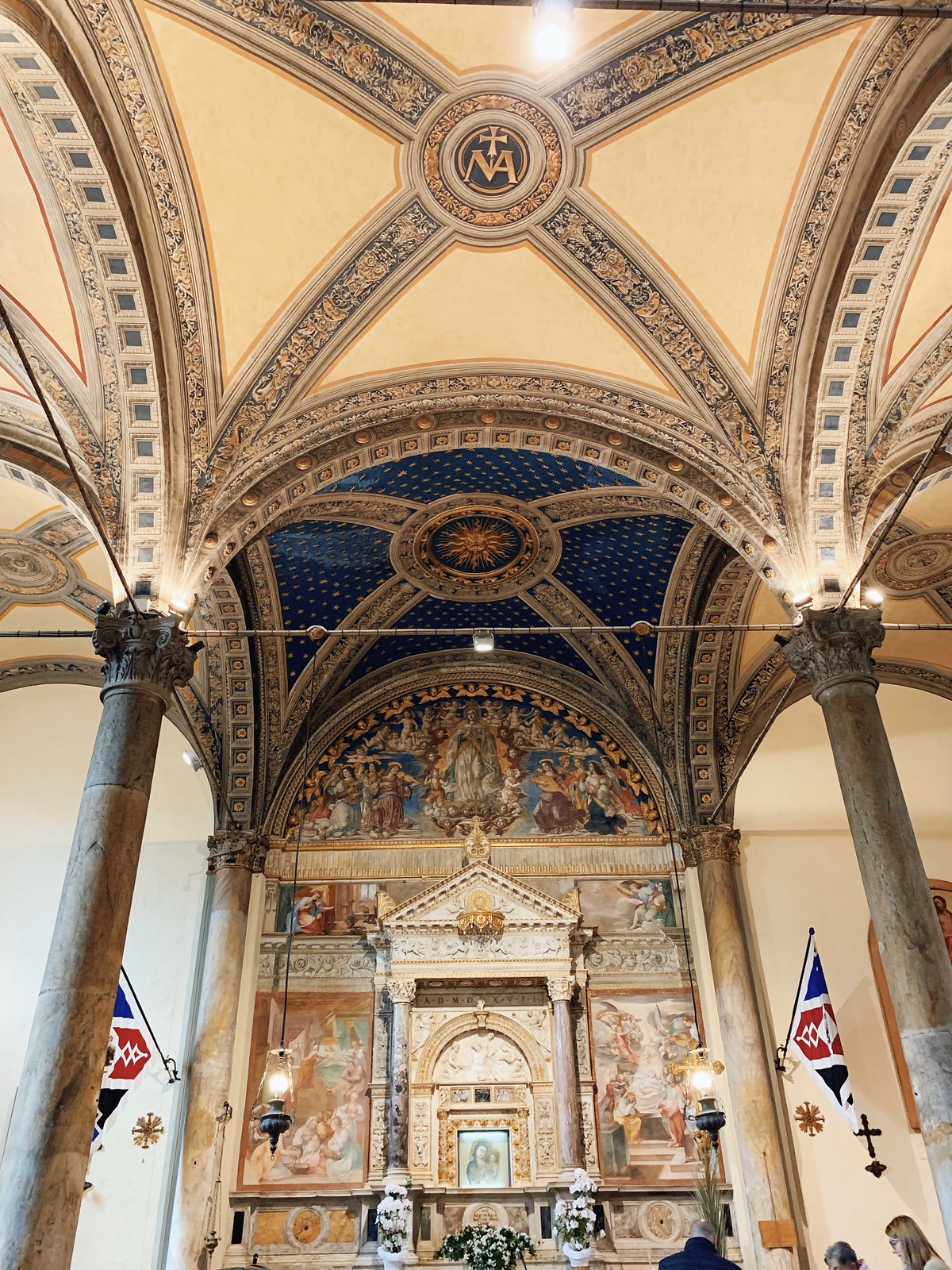 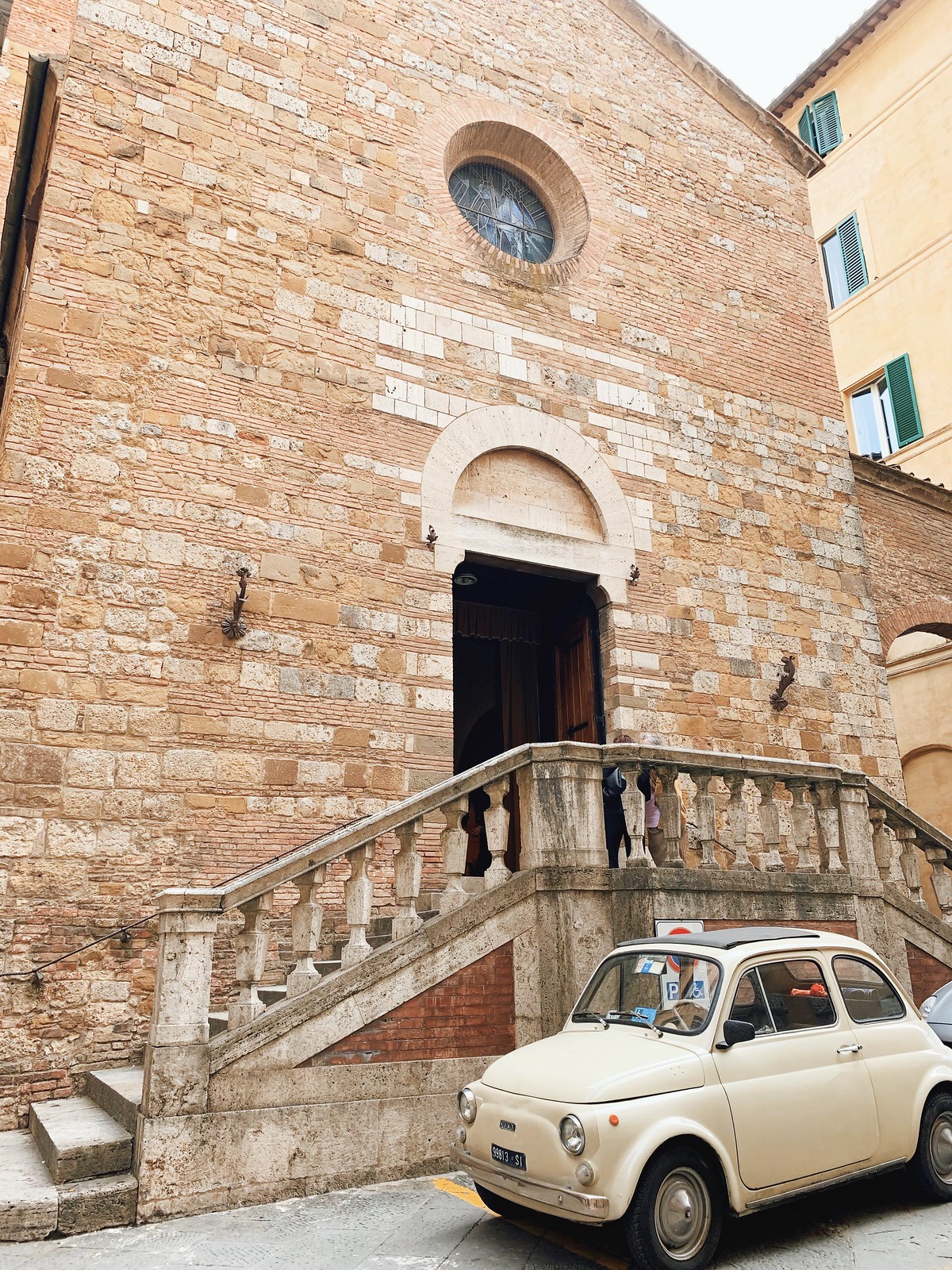 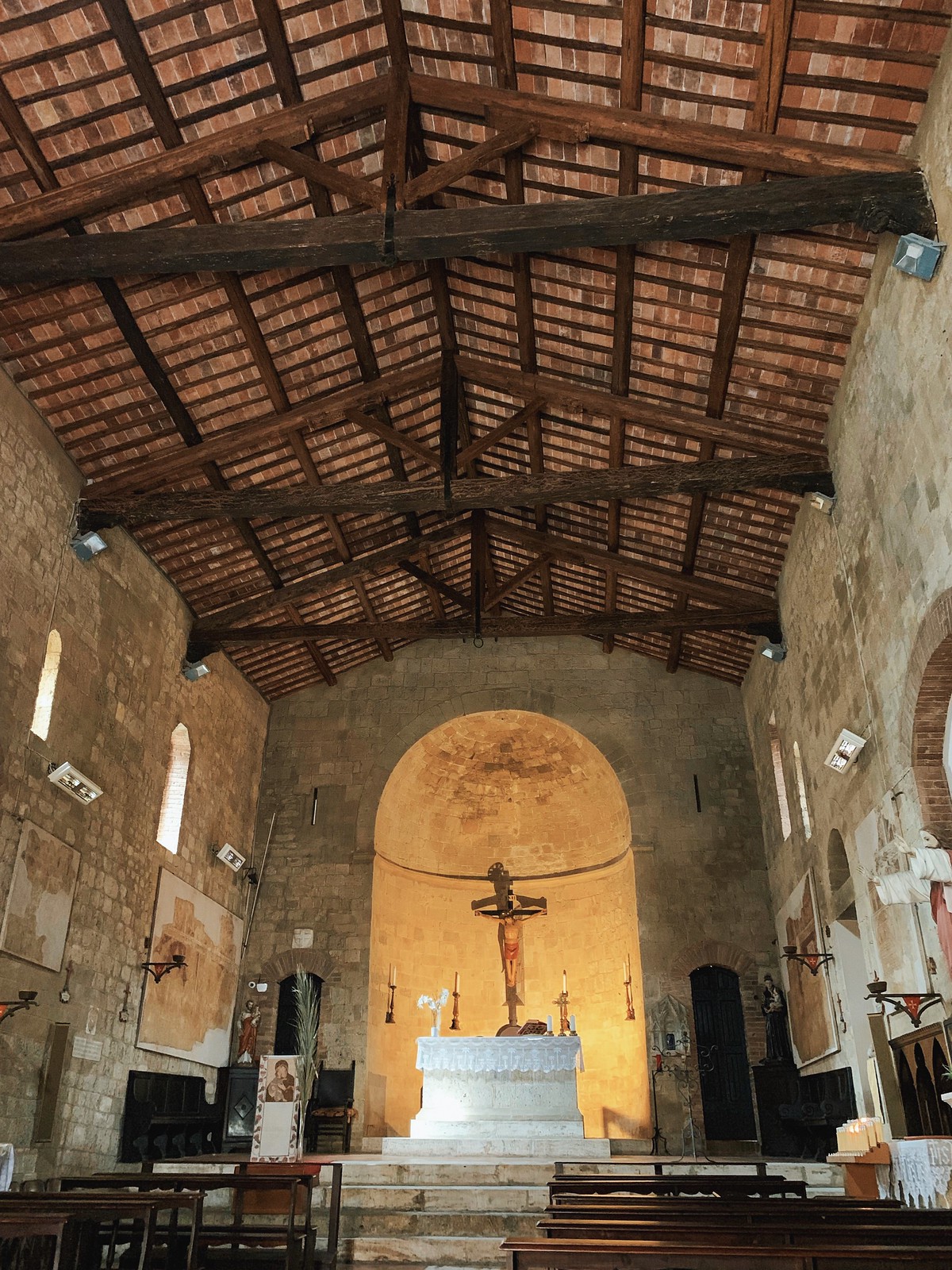 Just like in the other cities, you could also find street arts while roaming around the city. This is what i like about traveling around European countries – they support and promote the arts and creative industries. 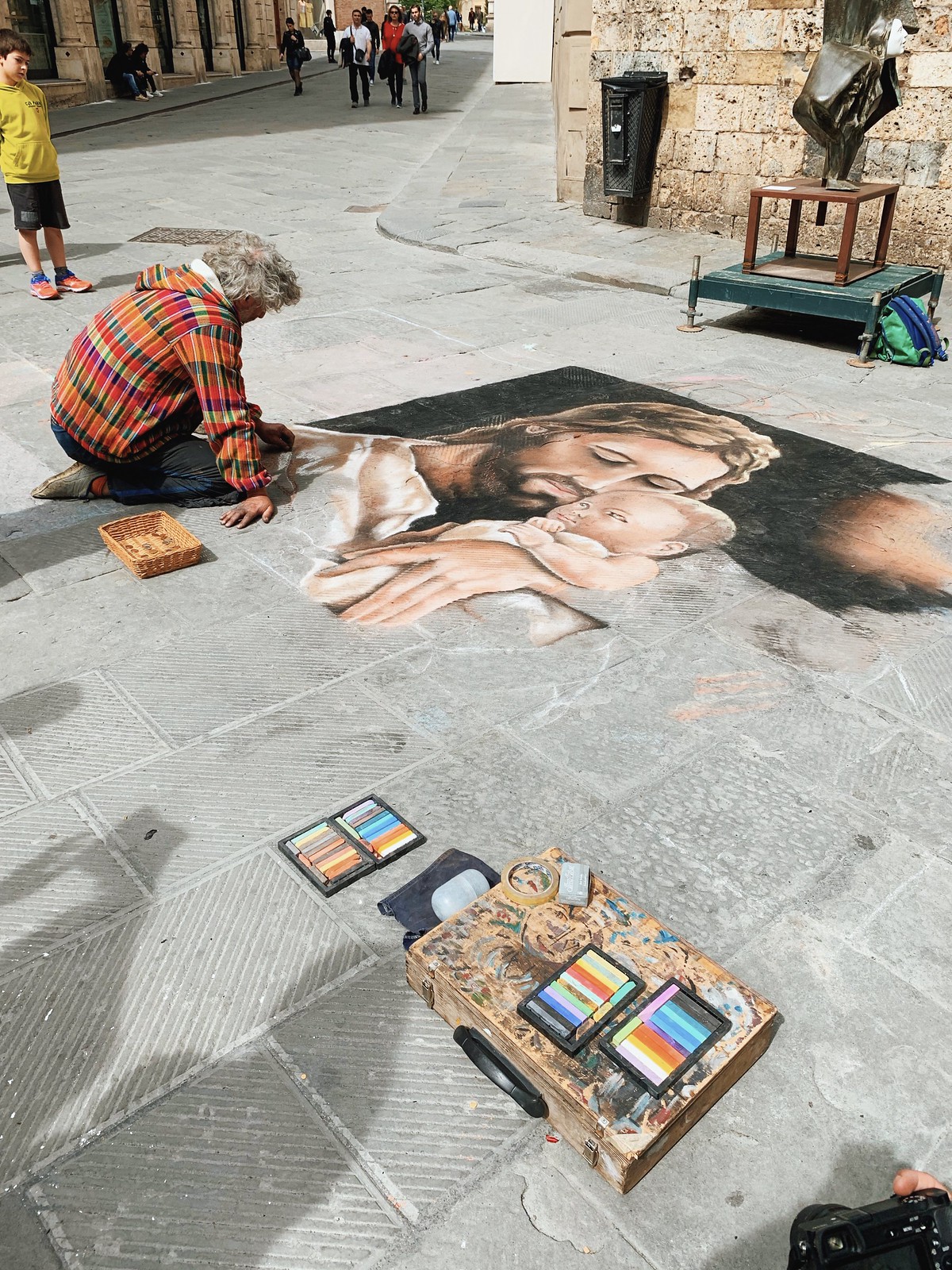 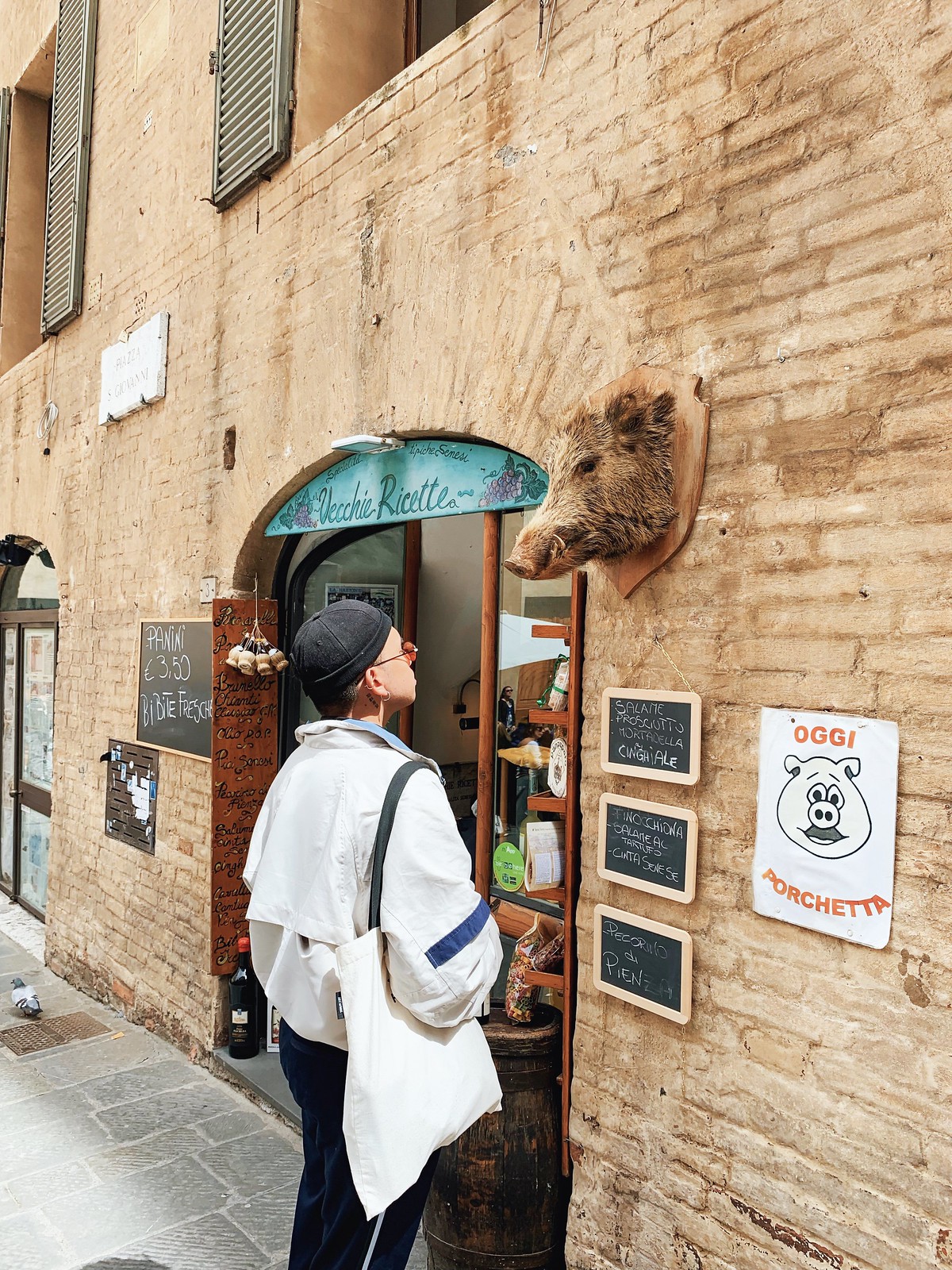 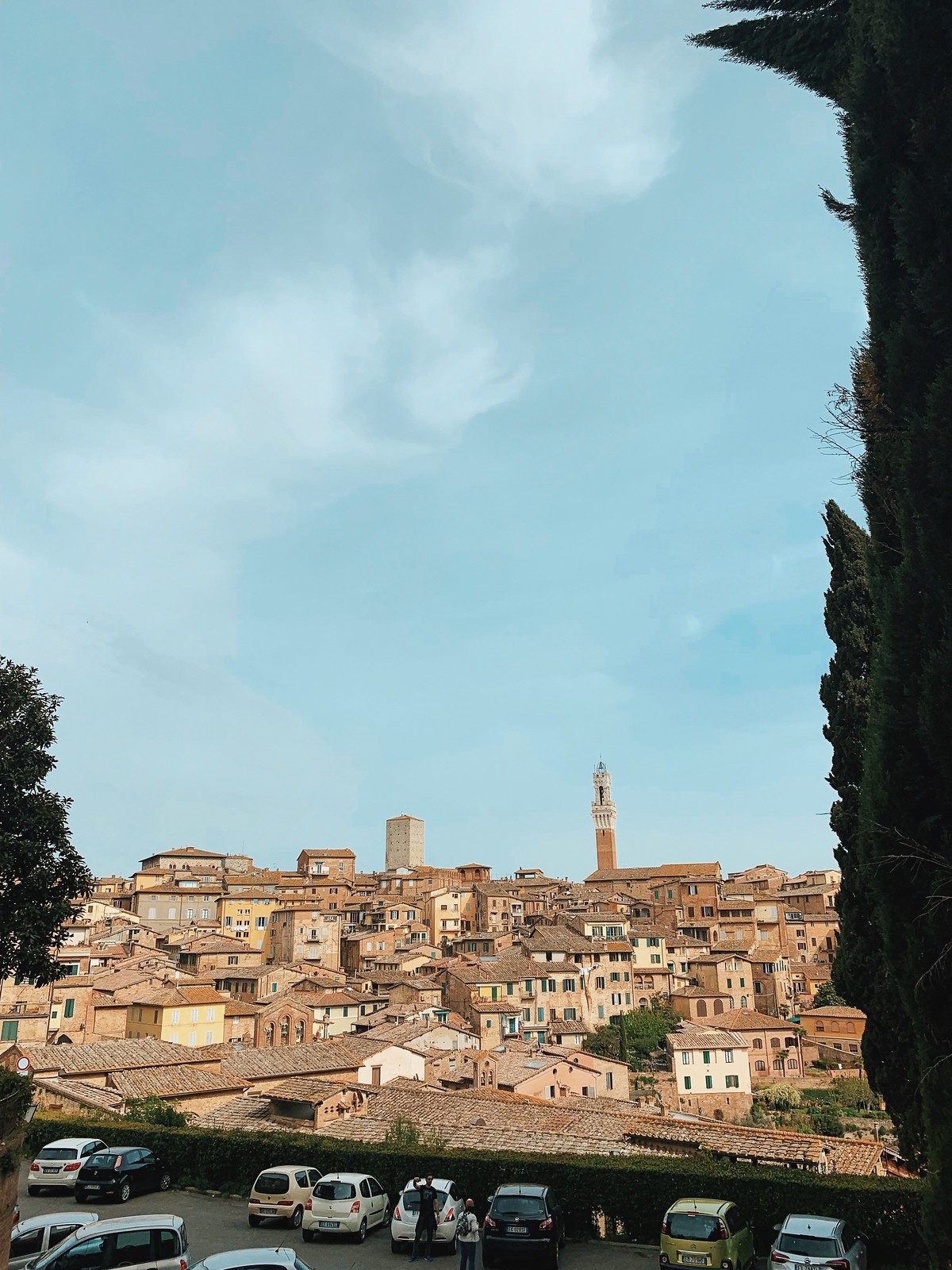 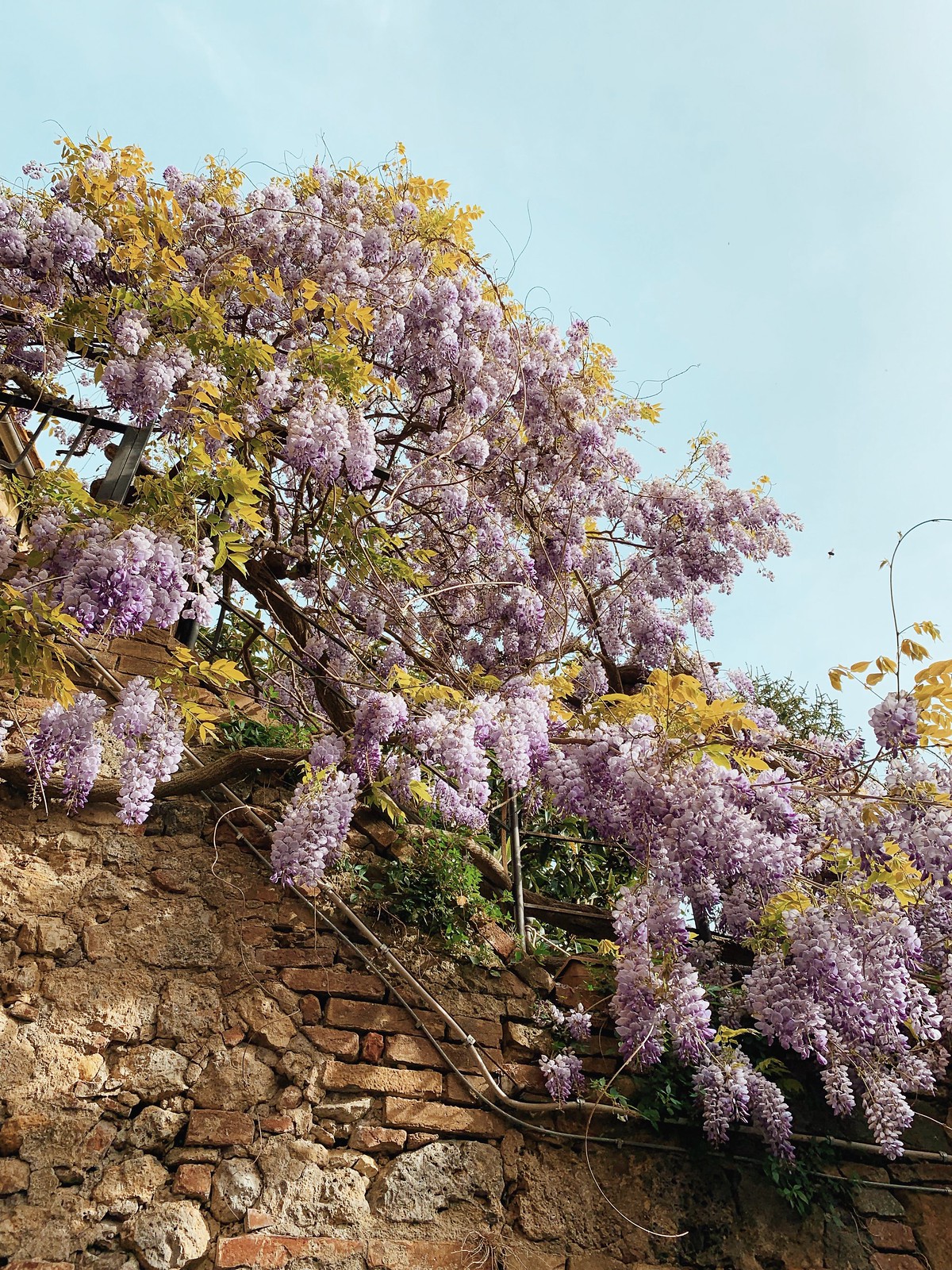 Our day in Siena was definitely one of my favorites. The city’s like a mix of Venice, Verona, Bergamo, Florence in one, and I would really recommend visiting the place. Siena is easy to visit since it’s small, and what I loved the most about it is that it’s not packed with tourists, it’s more calm and peaceful. I find it very beautiful. We just let things go their way, and we had an amazing time in Siena.

6 thoughts on “Getting Around the City Center of Siena, Italy”

This site uses Akismet to reduce spam. Learn how your comment data is processed.